A Birthday Celebration and Fundraiser for Coilhouse Magazine

Inclusive and elegant, weird and sincere, Coilhouse Magazine is "A Love Letter to Alternative Culture." For four full years --both as a high gloss print publication and a daily-updated website-- Coilhouse has served as a vibrant international hub for DIY expression and outrageous bohemian creativity. This will be the first full-fledged Coilhouse party in three years, the first NYC event in Coilhouse history, and an official birthday celebration.

Enter into a secret lush cabaret room deep in the heart of Brooklyn, to revel in live music, dance and circus performances and dance to rollicking sets from DJ luminaries. Aerialists...fire...projections... dadaist spectacle...surprises galore. Bid on silent auction items donated by Diamanda Galas, Molly Crabapple, Jessica Joslin, Paul Komoda, Jason Levesque & Xeni Jardin, Century Guild, Disinfo, PUREVILE!, Kate O'Brien, Nicole Aptekar, and Asha Beta: a splendid array of autographed prints and books, and one-of-a-kind art objects, as well as a full set of the out-of-print, highly collectible back-issues of Coilhouse. Plus, the first glimpse of Coilhouse Issue Six, and an opportunity to pre-order it at a discount. 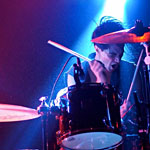 Brian Viglione has been the driving rhythmic force behind The Dresden Dolls since 2000. The band has traveled worldwide to critical acclaim, as well as being handpicked to tour alongside Nine Inch Nails in 2005 and Cyndi Lauper in 2007. In 2008-2009, Brian was the band leader and drummer for Brooklyn's punk-orchestra, The WORLD/INFERNO Friendship Society, touring in 16 countries and recording a new studio album. Viglione has appeared on over 30 albums since 2008, most notably, Nine Inch Nails' Ghosts I–IV, which was nominated for two Grammy Awards. He will be performing in 2011 with pianist/composer Vika Yermolyva, also with Sxip Shirey, Elyas Khan and Martin Bisi as part of the Gentlemen & Assassins Tour. 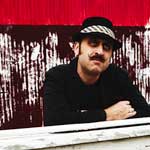 Franz Nicolay is that mustachioed man-about-town you've seen in bands like The Hold Steady and World/Inferno Friendship Society and by his own damn self; a punk-rock vaudevillian of days of wine and roses; eros, the rose, and the sore. "One of today's master songwriters and musicians." - Philadelphia Examiner. "Recasting the windswept folk artist as someone with piratical swagger, he comes over like Nick Cave leading an American Pogues, and every see-saw rhythm is shot through with a potent, whisky-drenched drama." - Q Magazine. "Nicolay holds court... with his wordy troubadour tales of vagabonds, villains and vixens... from Billy Bragg-ish punk-folk to tango to banjo ballads to Old Europe stompers." - CMJ 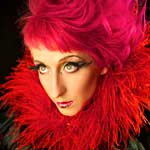 Kim Boekbinder has your heart. She stole it in the future and has traveled back in time to make sure you remember how to fall in love with the world. Her songs range from murderous waltzes to epic pop ballads, from country sing-a-longs to sonic sculptures. She usually plays electric guitar, but is also keen on making noise with ukulele, accordion, piano, and squeaky toys. She spent the last five years touring with her internationally acclaimed band, Vermillion Lies, and has now recorded a solo album that's hooked artistic luminaries such as Neil Gaiman, Rosanne Cash, Molly Crabapple and more. 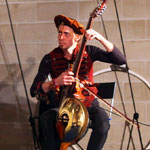 Kelvin Daly is an artist, musician, and builder of unique musical instruments. 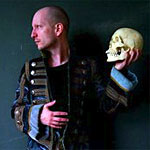 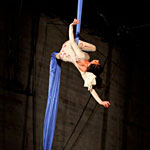 Liron Dan is an aerialist, mover, musician, and artist living in New York City. She came to this country seven years ago as a musician, then discovered aerial arts here, which have become her main art form. She has studied in NY at Circus Warehouse and privately in New Orleans. She has performed in New York, New Orleans and abroad, as well as creating conceptual based multimedia art events. Her interests are in combining these art forms and finding unique voices within them. 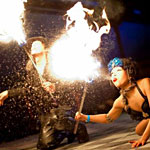 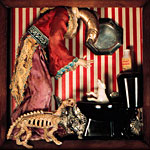