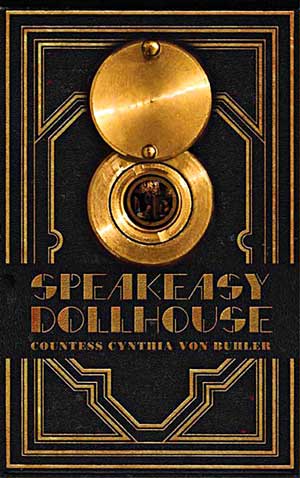 "My grandparents, the Spanos, came to this country from Italy during the Roaring Twenties. They opened two speakeasies in the Bronx, one masquerading as a bakery, and the other one a secret nightclub. Shortly after Prohibition ended, my grandfather was shot and killed on the street in Manhattan. My grandmother was pregnant with my mother at the time, and upon hearing the news of the murder, went into a coma. When her husband's coffin was dropped on the way up the narrow stairs of their apartment building, my grandmother woke up -- and went into labor. On the same day, my mother was born in one room of the small Bronx apartment while her father's body was laid out in a coffin in another.

Nobody still living in my family knows why my grandfather was shot. Nothing was known about the killer, his motive, or a trial. My grandmother took these secrets to her grave. And so, over the past year, I have been dusting off a complicated tale of bootlegging, mafia, infidelity, and murder set in Prohibition-era New York City." - artist/author Cynthia von Buhler 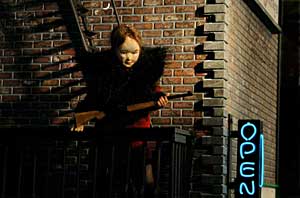 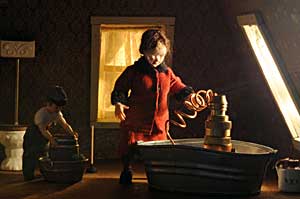 Cynthia's medium for her story is handmade dollhouse sets and dolls, photographed for a book series (Part I is included with VIP ticket purchase). Inspired by the Sleep No More show, she has also created an immersive theatrical experience staging these events in a historical Lower East Side speakeasy set up to mirror the dollhouse sets, from a plush secret nightclub, to a bakery, to a morgue, to a pre-war apartment. The actors aren't visually distinguished from the audience, so there is no boundary between the two. Dress the part, and you become part of the family.

Initially set for a two-night run limited to its Kickstarter supporters, the Speakeasy Dollhouse has been extended due to overwhelming interest for Monday, October 31, in conjunction with Gemini & Scorpio, makers of themed costume events. Expect to witness a murder, a birth, and many things in between, while sipping cocktails from tea cups and enjoying cannolis fresh from the Spanos' bakery. Mingle with flapper floozies, infamous mobsters, corrupt magistrates, and questionable cops. Live prohibition-era music until 10:30pm by The Howard Fishman Quartet, and legendary DJ Shakey laying down vintage and remixed grooves after. From decor to music to characters, it's a mindblowing trip back in time.

The show runs 7:30-10pm, and the speakeasy remains open till late for dancing and drinking...as long as we don't get busted by the fuzz. VIP tickets include reserved seating, extra evidence and a signed copy of the Speakeasy Dollhouse book. Presale recommended for early tickets; both previous events have sold out. Period dress encouraged, but any attire welcome except real fur; landlord is an animal lover.